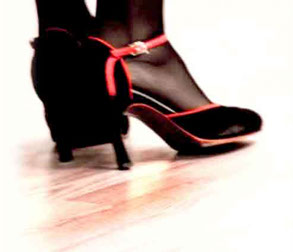 Risa Kaparo is an award-winning songwriter and poet. Her song, "The Bible Before,"won Grand Prize for Electronic Music in Session I of the 2007 John Lennon Songwriting Contest. Her poetry and essays appear in anthologies and journals, including Poetry Flash, Poetry USA; Arts, Sugar Mule, Small Times and Blue Unicorn. Her first book of poetry, Embrace, was published in 2002 by Scarlet Tanager Books. She has taught creative writing at seminars and graduate schools.

Risa also has been involved with dance her entire life, including Argentine Tango,  as well as Butoh and other forms of avant-garde and indigenous dance.  She began as a young woman performing with the in-house Twentieth Century Fox Modern Dance Company, and with Koichi and Hiroko Tamano’s Butoh dance company.  She developed a healing and performance art she calls Luscious Movement and has taught this embodied mindfulness practice in clinics, art and retreat centers globally.

Her life and passions propelled Risa into advanced studies and teaching at a very early age.  By 23, Risa had earned several degrees, including two master’s degrees and a Ph.D. in disciplines that ranged from music and fine arts to education and psychology.

As a visual artist teaching sculpture to the blind opened Risa to silent levels of aesthetic experience − not dependent on memory or imagination.  Her work became less about producing art objects than about the art of perception and its implications for transformational learning and change. She began designing environmental art and art “happenings” as portals to new dimensions of consciousness. While Risa was building a fiber art playground, commissioned by the federal government, she sustained a serious injury that challenged her to use her explorations of sensory perception to heal herself from the inside out. This eventually led to the birth of her work, Somatic Learning® a methodology of transformative learning and change based on a synthesis of psychological, somatic and meditative disciplines, studied by practitioners and therapists around the world. She has lectured and taught at seminars and institutes in the United States, Europe and Asia, including MIT, JFK University, the California Institute of Integral Studies (CIIS), New College and the Dalian Medical School in China.

This practice of deeper listening is evident in her albums, which reintroduce poetry as alchemy and the art of the awakening.  These albums represent a convergence of her poetry, music, performance art, consciousness studies and the experiences and an extraordinary life. Each song is a poem of witness and an exploration of life’s unfolding mysteries. The poems weave a braid of history, personal narrative and the archetypal realm of mythology and fairytale.  Her work has been described as a poetry of soul-making, expressing a deep connection to the infinite, to what sustains us and awakens our participation with all that is.

Lured to the garden, you ask

when will we meet again?

Sometimes, when you look upon this body,

I think you remember--

Having placed your heart

Most delicate in our hands

You slide down cracks between fingers

Awaken on tendrils of light